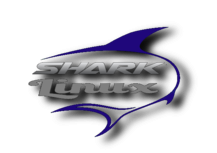 Shark as a Service

SharkLinux maintains it’s own file system and ensures all software is always up-to-date. In frequent communication with SharkLinux servers, your installation is notified when updates have been made available and will automatically apply needed upgrades. You can rest assured any new features, bug fixes or updates will be handled by the OS. This is just one less thing to remember while you focus on what matters to you.

Don't get bored with your OS! If you tried SharkLinux a month ago you may not recognize it today. That's because SharkLinux is under heavy and continuous development with new features and improvements being added all the time. Due to rapid evolution of SharkLinux, the official installation ISO is built fresh each week to ensure a new installation is ready to go without need for a ton of updates

Discover the exceptional functionality SharkLinux keeps hidden below the surface. With over 150 unique commands and growing by the day, SharkLinux offers countless features underneath the hood. Whether you're a casual user looking for a top level desktop experience or a developer looking to make the next great application, SharkLinux has you covered. Built on Xenial LTS, SharkLinux has the most supported foundation available within a Linux environment and is guaranteed to see support/updates until 2021.

SharkLinux loves virtual environments. It comes with KVM for Linux based VM's, QEMU for foreign platforms plus Docker Engine and LXC/LXD containers for a lighter option. We didn't forget the Linux cornerstone Libvirt, rather built on it by teaming it with Vagrant. Not enough options? No problem! If you have a specific idea in mind you can even design your own VM from scratch with vmdebootstrap. It’s all here; from a minimal docker image to multi VM platforms and everything in between - Spawn a container, Launch a cloud image or build a custom environment tailored to your needs.

Desktop software out of the box.

SharkLinux encourages everyone to customize their system to their needs, but who wants to spend hours setting up? Included in the system are hand picked software packages to cover almost any need. Gimp helps you master your photo editing, Libreoffice suite provides word processing, spreadsheets, presentations and more. Media junkie? VLC and Audacious make sure you have access to top tier video and audio.

Sometimes containers or VM's just won't do. A shark wasn't meant to live in a box and neither will SharkLinux. SL comes equipped with "Alien"; a tool to convert packages from other linux variants to our native .deb format, meaning that rpm package can be used directly on your system. Mac builds on Homebrew have you keeping that apple around? Not anymore. Ported for linux, Linuxbrew lets you keep brewing without switching your OS. Of course Windows can't be forgotten. The most recent WINE build is available to run those .exe files that you can't do without. Compatability; it's kind of a big deal

Prefer to use a different program than what's included? Swap it out! SharkLinux makes software access a snap. App Grid offers an exceptional alternative to Ubuntu's native software centre, synaptic provides thousands of package options and to make life easier our repository is packed with applications normally only available by hunting down 3rd party sources.

SharkLinux does not version it s releases, but rather is a continuous live release and is frequently updated with new features and improvements. A single standard base build offers a gateway to multiple "versions" of the OS - Starting with a very standard system, you may then use the tools and installers to upgrade chosen software.   The officially released install media (ISO) is updated after any major changes, updates to the apt repositories and for each kernel release. Users who install in the cloud, using a fresh Ubuntu 16.04 instance and bootstrap installer will end up with the most current version possible. Alternatively you may choose to download a "snapshot" ISO which are uploaded HERE

SharkLinux has multiple qualities that make it unique from Ubuntu and other derivatives. Unlike Ubuntu and many variants, SharkLinux does not have a strict policy regarding software being exclusively open-source. The distribution maintains its own exclusive software repo, thus some software not offered in any official Ubuntu Repo are either included by default in official releases or easily installed via command line. Examples include Google Chrome and MEGASync. All upstream software is done by opt-in via the install tools, expansion and Edge installs, with those repositories being enabled only during install and then removed immediately after to prevent unintended upgrades to software.   For reference the current software list is updated on the downloads page.

A fundamental and controversial difference is the removal of the sudo password. While sudo is still used to run commands with root power and distinguish admin from user accounts, a sudoer is only prompted for password during login. Some users enjoy the relaxed sudo policy while many consider this to be a significant security risk. As a result this change is reversible allowing a sysadmin to re-enable the default sudo behavior via the visudo command.

A unique command set is also available while using the terminal. These often combine existing commands into a single action or simply shortening the command for convenience. The most notable is Shark's default package management commands. Instead of apt or apt-get, SharkLinux uses the 'pkg' command. This is designed to be more convenient and can perform install operations up to 4X faster than its apt ancestors. While there are many commands exclusive to SharkLinux, none of Ubuntu equivalents are disabled and any commands used in Ubuntu would work in SharkLinux. To illustrate the changes, some examples are provided below in comparison to the Ubuntu equivalent.

Did you find apk for android? You can find new Free Android Games and apps.
SharkLinux - Do Linux Differently